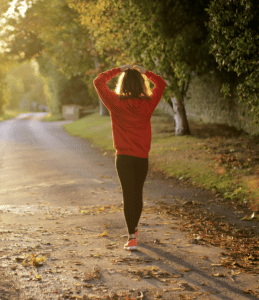 I’m so over him! she sobbed,I’m moving on! confirming that she hadn’t even begun the process of “moving on.”

Theirs had been love at first sight—butterflies of infatuation assured her that she had found “Mister Right”—or, “the One” as she liked to call him. How had it come to this?

Not worth recounting, though she rehearsed the melt-down every sleepless night. If she was truly “so over him,” why couldn’t she let go and just move on?

Instead, she alternated between depression and panic, fits of rage and fountains of tears. “Over him?” Not as long as her identity was tied to his, even by resentment. Let’s face it: he still filled her thoughts, however gloomy.

I’m speaking a parable. The ‘boy’ in this drama is not a boy, but a movement. The energetic, sexy movement some call Evangelicalism.

Evangelicalism gets its name from the old term, evangel— tracking back to its New Testament Greek roots, euangelion. Evangel in that context meant good news or gospel, from euangelos—eu (good) + angelos (messenger). That’s where we got the term evangelist: messenger of the good news. Or evangelism— sharing the gospel.

In that sense, all Christians are evangelical (lower case ‘e’), if we all believe in the good news of Jesus Christ and see ourselves as messengers of the gospel. We would hope so, anyway.

How is it, then, that one sub- sect of Christendom took on the moniker “Evangelical” (upper case ‘E’) and ultimately became an –ism? While believers of various Christian tribes rightly claim to be small-e evangelicals, let’s coin a term for the movement or –ism in its current form. I’ll use “Evangelicalist,” mirroring the language of “Islamist” to identify the –ism’s extremes and potentially violent nature.