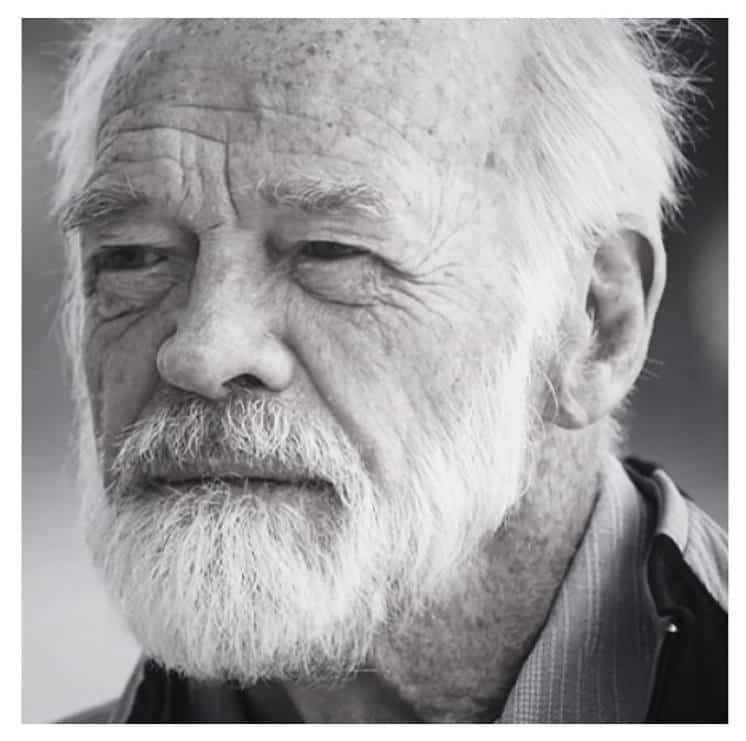 This week marked the passing of my friend, Eugene H. Peterson, into that place of brightness and refreshing, where sorrow and mourning are no more, and Christ wipes away every tear from our eyes.

I don’t call Peterson ‘my friend’ lightly. Nor do I intend to pseudo-humbly, not-so-subtly name drop. In one of the more moving moments of my life, he said to me, “Thank you for your friendship.” It surprised me in the same way that it surprised me to think that Christ is not only my friend, but that perhaps I am his.

When Eden and I met Jan and Eugene at a pastors’ retreat in Estes Park, Colorado, they listened attentively–pastorally, in the truest sense–as Eden shared a burden we carried for one of our children. He promised to pray for us and for our son by name. I believed him.

I am like many others who treasure the letters and cards we received from Eugene. I remember hearing that he often spent considerable time praying and composing these type- or hand-written letters. Indeed, they are keepers… I keep them in the drawer beside my bed. In fact, I recall a time when we were sharing lunch with friends in San Antonio when a woman approached and said, “I just want to say that you sent a letter to my husband 20 years ago. He still has it–what you said in it marked a turning point in his life.”

I remember our first connection in 2006. I had been waiting around the UK for a week, hoping for a meeting with Ali Hewson (activist and wife of Bono), who I had asked to write the foreword for Kissing the Leper. As time ran out, I got the call from her office saying that she would be unable to do it. I was really disappointed. But my friend, Matt Baker, a chaplain for the premier league soccer clubs in England, was listening in and decided to pray. “Lord, I know you have someone in mind to write this foreword.” Before I hung up the phone, the thought came to him, “Ask Eugene Peterson.” Matt made the suggestion but added, “He’s impossible to connect with over the internet. You would really need his address.”

Then what should I do? Matt added, “I happen to have it.” Yes, he was one of those who held on to a trove of personal correspondence with The Pastor. So I packaged my manuscript with a cover letter and sent it off. Then I waited. And I waited. And I finally let it go. But one morning in prayer, I had a sense that I figured was from God, “I have a gift for you this morning.” Curious, I prayed, “What is it?” And the only thought that came was, “Wait for it. It’s a surprise.”

That morning, I attended a meeting and missed a cell-call from an unfamiliar number. When I checked the messages, it was Eugene. In his raspy voice, he said, “Hello Brad, Eugene Peterson here. I’ve read your manuscript and I’d be delighted to write a foreword. Would you please call me back?”

I was so excited that I phoned immediately. Jan answered the phone and told me he was out for a walk. “But,” she said, “you need to know how unusual this is. Eugene doesn’t write forewords for people he doesn’t know. But as he read your book, he was quite taken!” I replied, “Then I guess we’ll need to become friends,” and so we did…

One of the reasons for his interest in the book was Eugene’s heart for the marginalized–for people with disabilities, the poor and those who suffer addictions who featured in the book–and he loved many others who Christ might call “the least of these, my brothers and sisters.” He had just composed a Christmas poem naming these precious faith heroes when he read our testimonies about them. In the poem, he had already penned, “Kiss the Leper’s wound,” when Kissing the Leper arrived in the mail. In fact, half the lines in Peterson’s poem directly referenced or people in the book. We were both breathtaken by the synchronicity. Anyway, that’s how it started. The whole relationship was birthed in tender providence. Here’s the poem:

Happened on found things, found in gutters, found on across, found under a stone,

Heard in the whispering grass, heard in a tongue stammering sabacthani.

A decade later, his age was showing. I remember standing with him at a high-altitude vista in Colorado with Brian and Peri Zahnd. The wind was blowing very hard and he confided that he was genuinely afraid it would blow him down–and nearly did. We didn’t get to see each other much after that. In the last years, when he traveled less, we were reduced to occasional phone visits. And he would always quote the lines from a Wendell Berry poem about aging. I think it was this:

For all my denials, he was really feeling it.

These reflections don’t address the profound effect his books have had on me, from beautiful MessageBible to Reversed Thunder(the only book on Revelation I can preach from) to The Jesus Way,which has become a central phrase in my vocabulary.

I think that’s all I want to say for now, but I’ll leave you with this little gift from Peterson and Bono–the short video they did that really got me reading the Psalms again. Meanwhile, I’m grateful for the communion of the saints, which assures us of the promise of Hebrews 12. When we come to the throne of grace, we pray and worship with the angels and with the spirits of righteous men and women made perfect. See you at the mercy seat, Eugene. All my love.